A tie and a victor, GSoG one-night sound clash delivers

The highly anticipated return of Guinness Sounds of Greatness (GSoG) 2022 delivered an epic showcase on July 1 at the Ranny Williams Entertainment Centre.

The new structure — a one-night sound clash with two categories: a clash of new-school selectors and a clash of the titans —  saw legendary sound system DJs, Pink Panther and Ricky Trooper going head to head, and a showdown between dancehall’s emerging DJs, DJ Banka and Shukkle Bus.

The clash of the titans

Held under the theme ‘Back Pan Di Street’, it was the 14th staging of the popular sound clash competition.

The power of social media was on full display, as it was a custom dub by media personality, Food Change, singer Slim Smith’s brother, that changed the nature of the clash.

When Food Change declared: “No eating of the buff”, the crowd almost lost its collective mind, and from that moment on, Ricky Trooper could do no wrong.

Ricky Trooper signalled his intentions to make a comeback from the first dub, Damian Marley’s ‘Murderation’, in the final and critical dub-for-dub round. 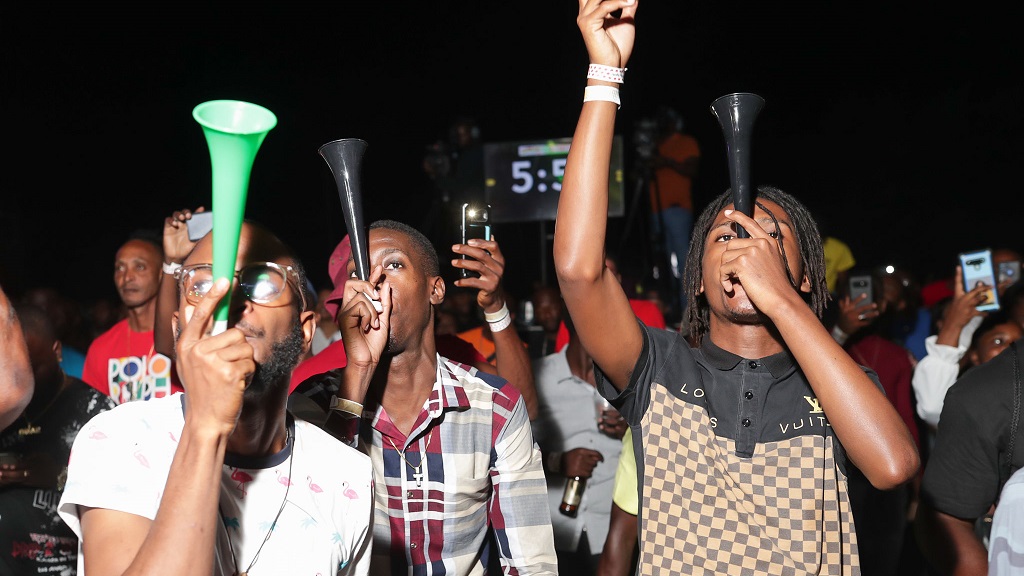 It was pure excitement in the crowd as fans could not get enough of the night’s festivities.

Ricky Trooper walked up beside him, and Panther looked at him defiantly and played a Cocoa Tea’s ‘Go Home to your Mama’ but got only a muted response from the crowd.

Then he dropped the Food Change custom dub that suggested, “Pink Panther we heard you’re eating the buff…no eating of the buff”. The audience went wild, patrons ran around “bussing” blanks, pot covers clanging, while the sound of vuvuzelas pierced the crisp night air.

Trooper followed up with Vybz Kartel’s ‘Any Man Weh a Snack’ and another wave of “forwards” rocked the venue.

From that moment, Trooper could do no wrong. Ricky Trooper poked fun at himself with a reference to an infamous Youtube incident years ago when he declared: “Mi deh on YouTube with fat Glock, and yu ah talk bout M-16?”. The crowd roared its approval.

Trooper then played a wicked Shabba dub where the Grammy Kid declared: “None ah dem no bad like Ricky Trooper”.

By the time Trooper played a Buju Banton-Beres Hammond dub, Pink Panther was swaying on his feet like a fighter who had lost his mouthpiece in a heavyweight fight.

As Beres Hammond sang ‘Falling in love all over again’, Trooper declared: “Watch how dance buss.” Then he turned up the speakers for Buju Banton’s gravelly ‘Who say big man don’t cry?’, and there was an immediate four-corner forward that rocked every inch of Ranny Williams Entertainment Centre in Kingston.

Pink Panker attempted to answer with a John Holt ‘Feelings’ in dubplate style and was booed. The tide had changed so much by that time that even when Pink Panther played Frankie Paul’s ‘Worries in the Dance’, he was roundly booed again.

Ricky Trooper walked on and encouraged them to “boo him again”.

“No, you!” Trooper retorted.

The audience was almost in stitches at this tête-à-tête. 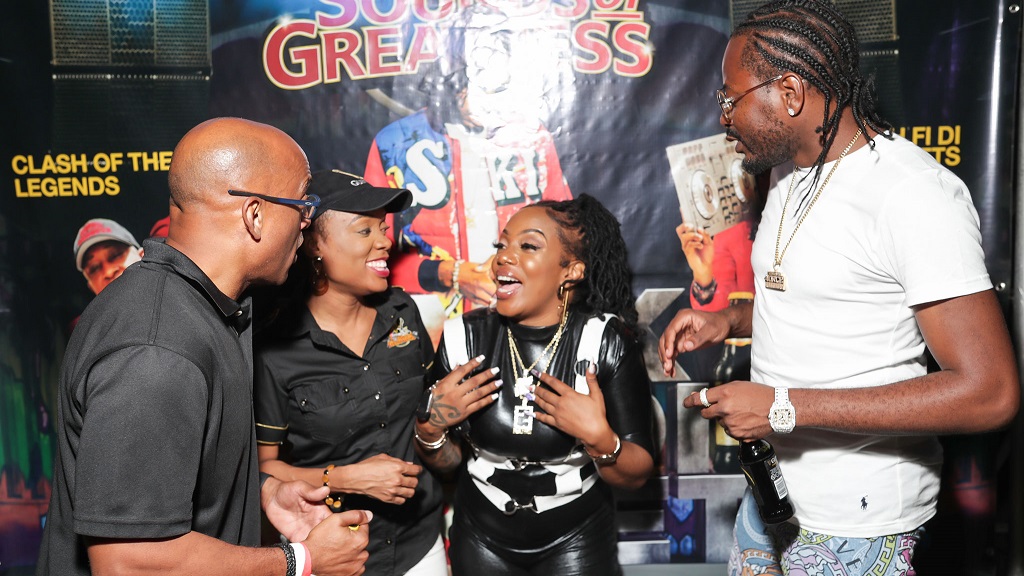 Even though Ricky Trooper was ascendant in the dub-for-dub section, the judges declared the clash a draw after Pink Panther had won the earlier juggling and the top five songs by Vybz Kartel rounds.

Ricky Trooper said he employed a rope-a-dope strategy in the clash with his long-time nemesis Pink Panther.

“Me done plan it like that. Panta Son voice one bagga young people, if we did win the toss, we planned to play before and bait him. Him run and shoot out all the custom weh him voice, and mi unleash pon him. We play dub and hardcore inna the first round, we play Merciless and him swell and shoot out all him bullet.

“Him nuh have no song fi play, and we save the main set of custom for dub for dub. Yuh caan go war and don’t have no strategy,” Trooper proudly declared.

Trooper said he was fine with the judges’ decision to call the contest a draw. The judges for the night were selector Delano, radio broadcaster DJ Sparks, and Bass Odyssey sound system owner Keith Walford.

“It was really a showcase, they (the judges) are not going to say who win to take away the glory. The only thing mi never like was Keith Walford who say ‘Trooper yuh a clash like yuh a old man, yuh nah keep up with the yute dem’… Mi check say a foundation man inna the business and know sound clash ting go, him muss did know ah some strategy mi a work for…” Trooper said. 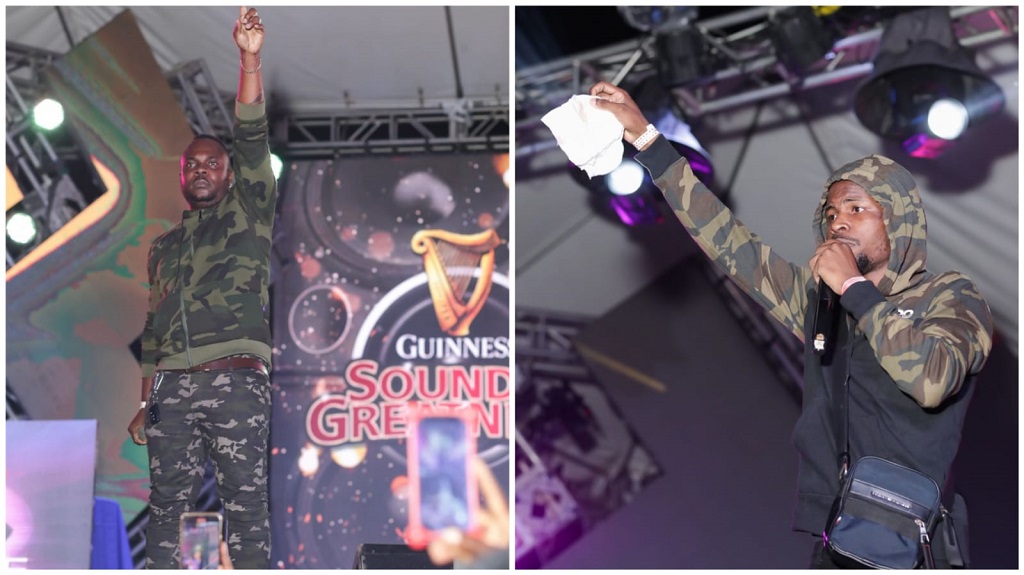 A combo image of DJ Banka (left) and Shukkle Bus who participated in the Guinness Sounds of Greatness new-school category for 2022.

Earlier, the showdown between DJ Banka and Shukkle Bus ended with DJ Banka as the victor.

2Grantv Dancehall Videos: The Future of Dance and Music!

How to watch 2dancehall videos in Jamaica

Sports
No Result
View All Result